Hua’s Restaurant (or Hua Jia Yi Yuan 花家宜园) in Beijing on “Ghost Street / Gui Jie” is set up in a traditional courtyard building and it is really sensational to be eating a meal in an ancient quadrangle “Siheyuan”. 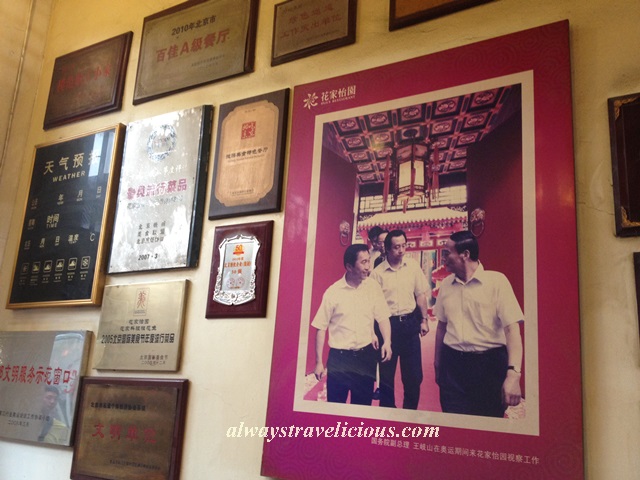 The restaurant is known for its excellency in food, winning many awards and famous people like Stephen Chow and Zhang Yi Mou patronized the restaurant as well. 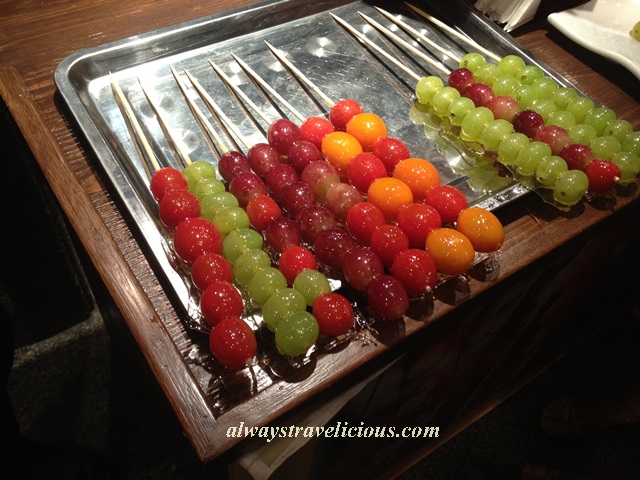 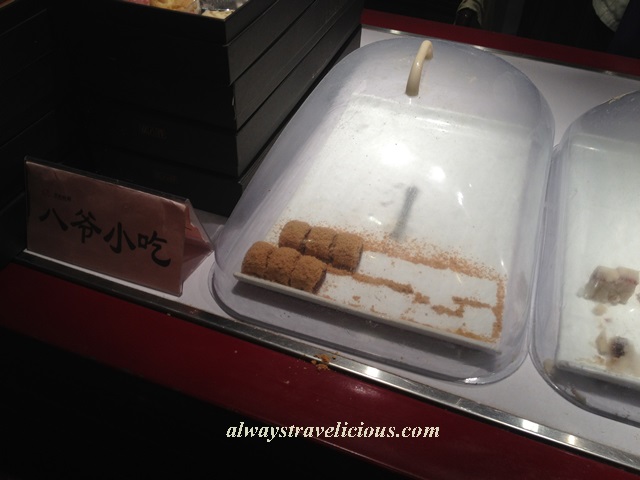 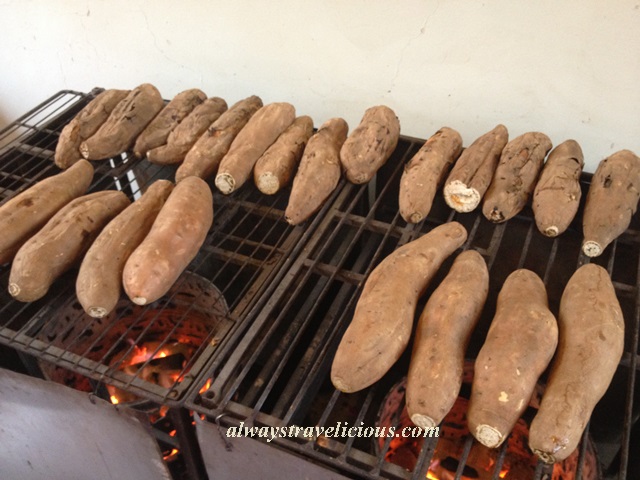 The restaurant is very popular and it often has many hungry patrons waiting for a table. Hua’s Restaurant is very accommodative to that by setting up a comfortable waiting area where the waiting patrons can nibble first on local snacks like sugar glazed fruits, sweet glutenous rice cakes and grilled sweet potatoes. 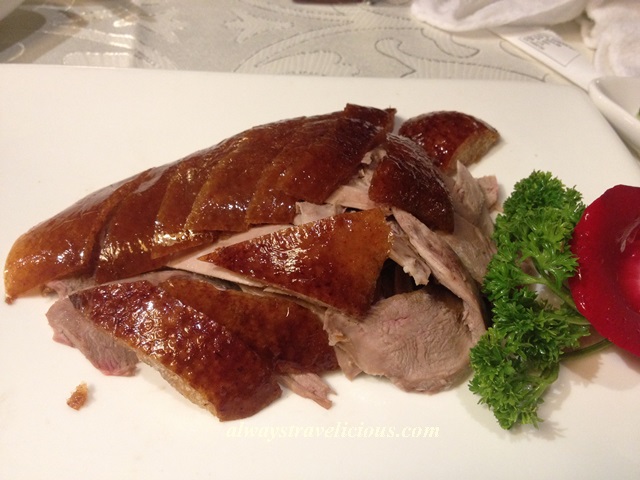 We only ordered half a duck this time as we sort of had half our dinner already at Zai Zai’s Crayfish Restaurant on Ghost Street (RMB 98 for half duck and RMB 168 for whole duck).  The duck was sliced delicately while the crispy skin almost looked like it was illuminating under Hua’s Restaurant’s dim lighting.

The skin as usual, was where my chopsticks attacked first! 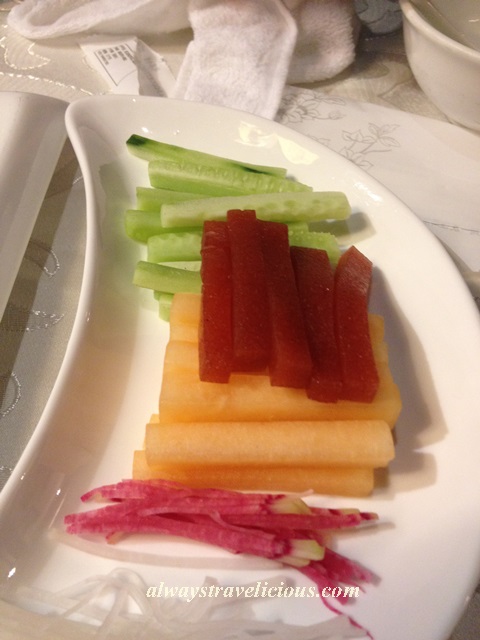 “Baye” literally means “Master Eight” because the dish was was developed and improved by the eighth child of the Hua Family.  The duck is roasted by using fruitwood and it has much more condiments compared to other Peking Ducks including pineapple slices, melon slices, haw slices, cucumber slices and lettuce, adding extra fruity flavors to the wrapped pancake. 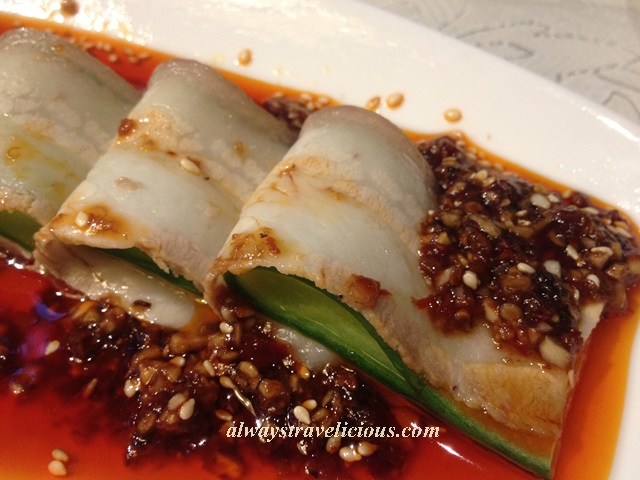 Our second dish was sliced pork belly with cucumber, a traditional Sichuan dish where the refreshing cucumber minimizes the “oily” taste from the pork.  The duo is a perfect match for each other with the chili dressing except that the pork belly was simply too fatty with very little lean meat in between. 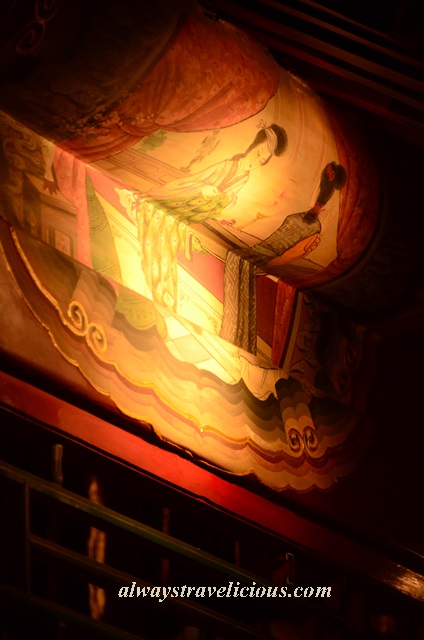 Some of the paintings on the corridor beams are preserved. 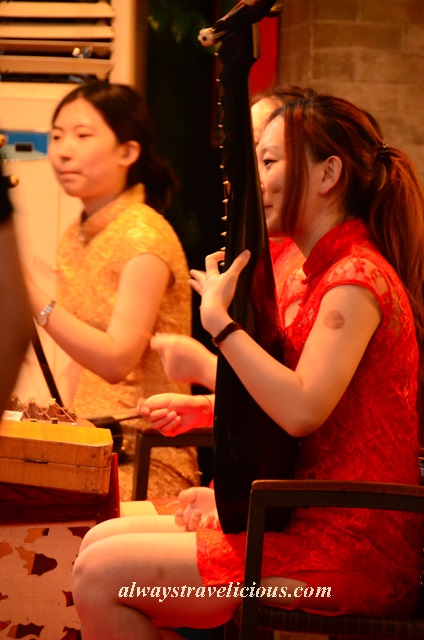 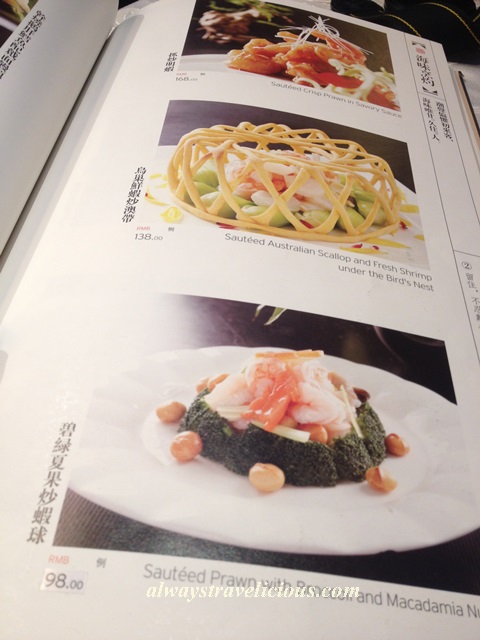 I was expecting Hua’s Restaurant to be pricey given it’s lovely setup in the courtyard building.  There were pricey dishes when seafood was involved, but many dishes were within the range of RMB 24 to RMB 58 per dish so I think it’s a nice restaurant with a heritage setting to go to without burning a big hole in your pocket 🙂

More Info
Hua’s Restaurant (Hua Jia Yi Yuan) Official Website
Address:  No 5. Dongzhimen Inner Street (also known as “Ghost Street, Gui Jie”)
Getting there: You can get to Ghost Street via Beixinqiao Station.  Hua’s Restaurant is about 10 – 15 minutes walk from the station.