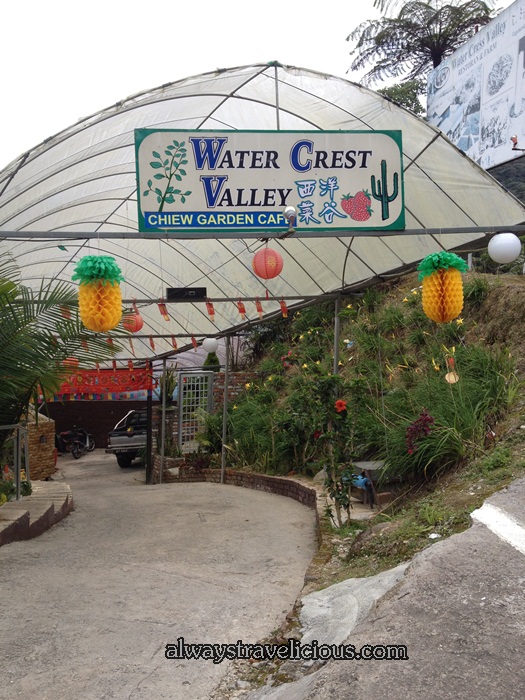 In Cameron Highlands, there are lots of strawberry farms and vegetable farms along the main road, but  we have only seen one watercress farm, so we decided to swirl our car off the road for an impromptu lunch at the Chiew Garden Cafe within.

We were not disappointed ! The dining area is perched on a hill top, over looking pools and pools watercress.  We joyously sat down for our meal in this serene and carefree environment.

Our first dish – the Cameron egg omelette with chayote.   A simple twist to the every day omelette.

Second dish, stir fried watercress with garlic.  Of course we had to order this dish since we are dining inside a watercress farm! 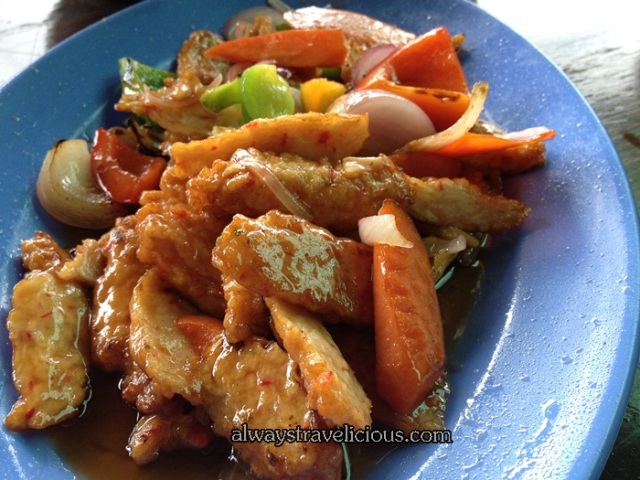 Next up, the sweet and sour fish (RM12).  I was expecting fish fillet, but it was more like fish cake.  An average dish. 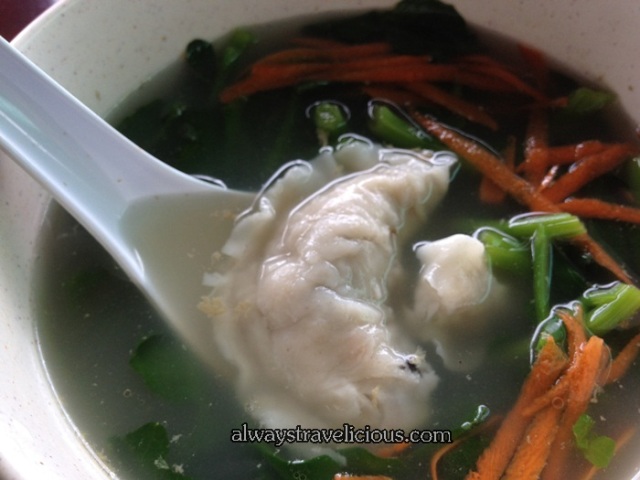 The dumplings are different to the ones that you would get in Ipoh.  Less meaty, more mushy texture with more chunky vegetable stuffing like water chestnut, black fungus and carrot. 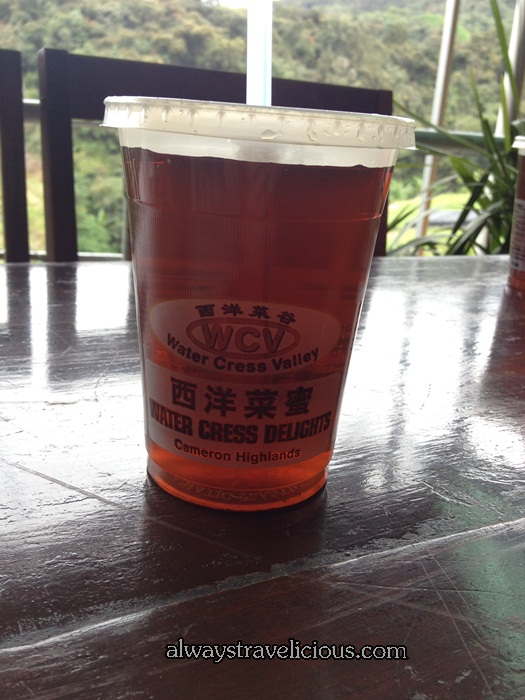 Even the drinks have watercress as an ingredient.  This drink is watercress simmered with luo han guo, red dates, longan, resulting in quite a wonderful drink.  Not that sweet with a faint taste of watercress. 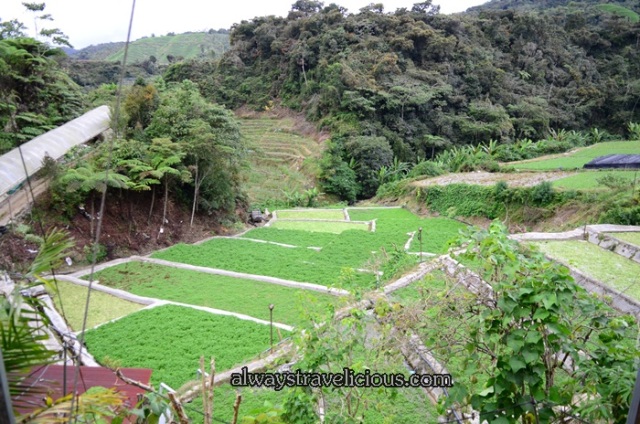 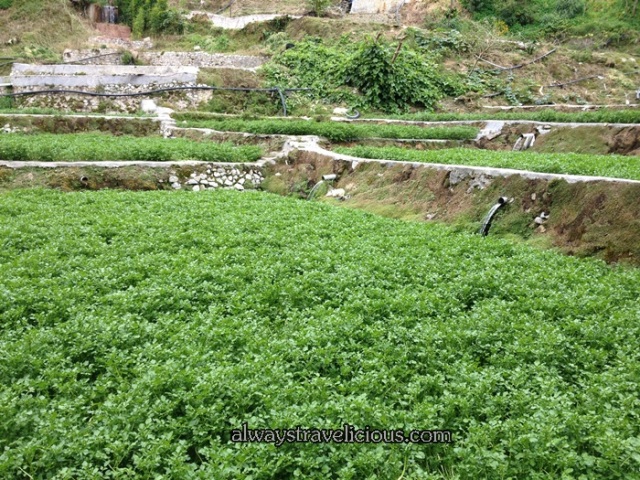 It is definitely worth the trip to make it down to the farm and see the watercress close-up after you’ve had your meal. 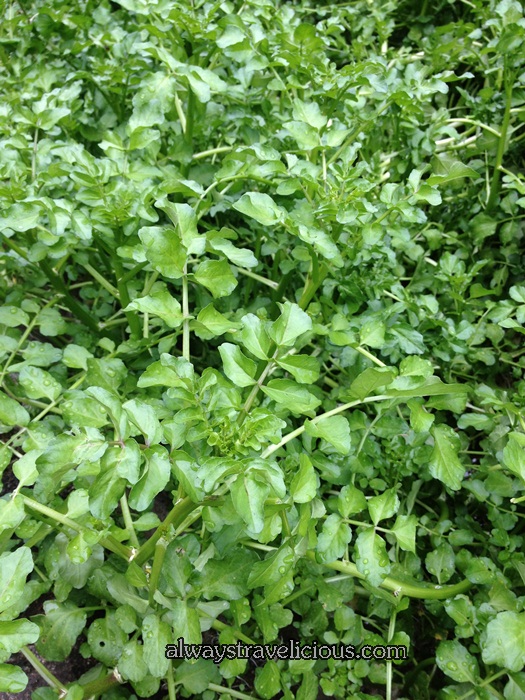 It is a strange feeling, being surrounded by so much  graceful watercress as most of the time when I see watercress, they are already boiled to a an ugly, dull, lifeless green color in soups. 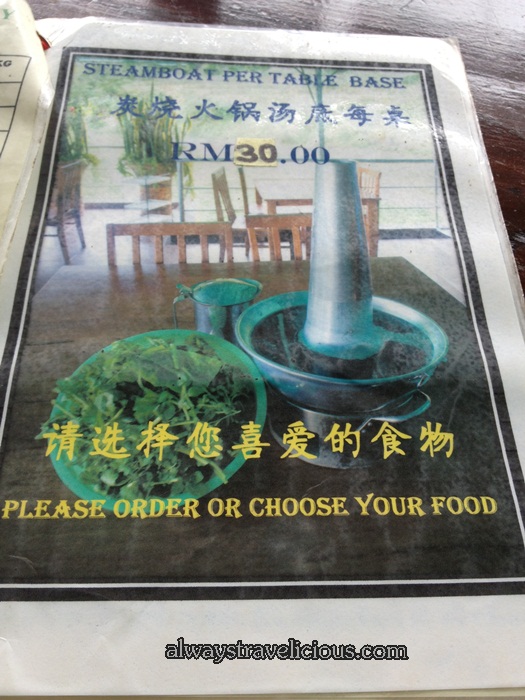 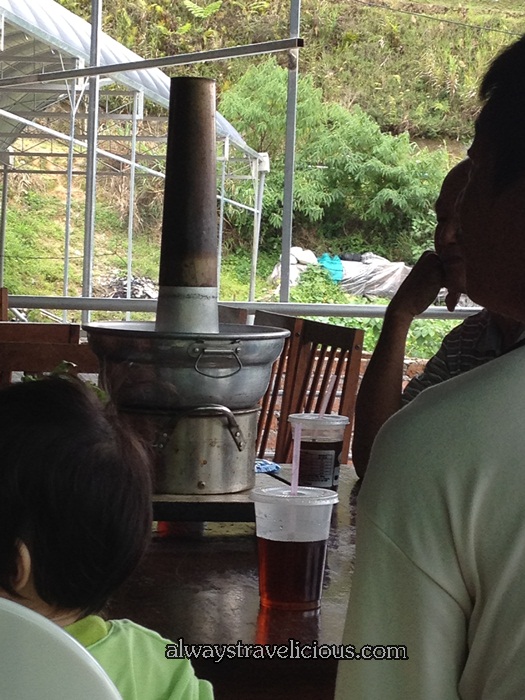 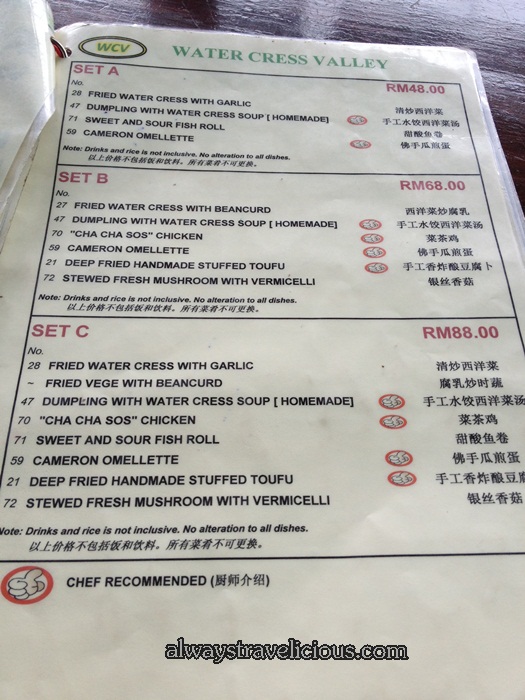 The food at the Watercress Valley is unpretentious, simple and as fresh as it can possibly get.    The best part is, it is uber healthy with their star ingredient!