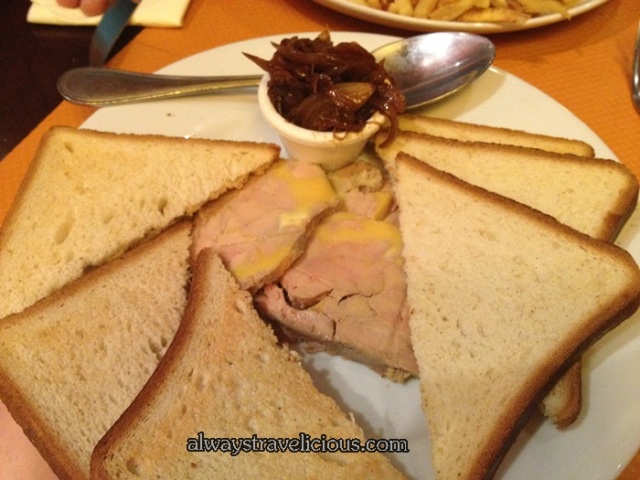 It was our last two nights in Paris and both nights we went back to Cafe Le Cercle Luxembourg (again and again) for dinner because I thought before I leave Paris, I must eat that wonderful foie gras again (13.50 euros)!! 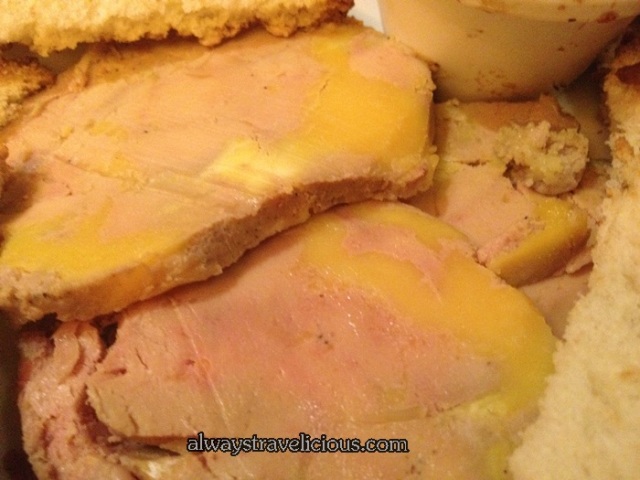 I was disappointed with the foie gras though.  It wasn’t bad, it was just not as good as the very first night we tried it.  It was too fatty, more terrine-like rather than creamy.

Gary’s roast chicken was flavorful – do ignore the floppy presentation.

We shared an onion soup (8.90 euros) and it was fantastic !!! It was hot and served right out from the oven.  There was plenty of cheese and the bread hiding underneath the cheese was perfect.  The spongy part of the bread soaked up the juices while the crusty part remained crisp. I so loved this dish!

The tiramisu wasn’t the best looking one, but it was  a sinful portion and extremely good !! (oops, I forgot the price, I think it was 9 euros) 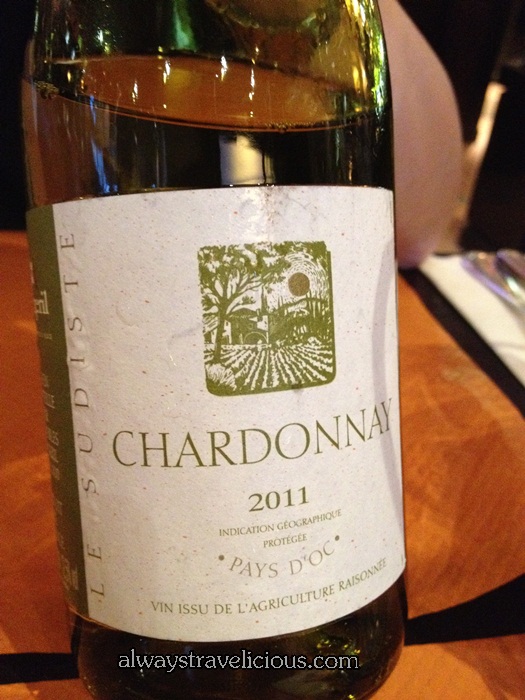 Some wine to go with dinner !

On the next night we went back, I still didn’t give up on my dream foie gras and ordered the same thing again.  I couldn’t believe my eyes.  Came yet another different looking foie gras than the night before.  The foie seemed to be from the same batch, but spiced up with pepper and the toasts were badly burnt.

I re-ordered the onion soup too and came a sadly looking onion soup.  What was wrong with the chef? Everything was burnt! I tried explaining to the waiter the soup was no good to drink and asked for a new one with no avail.  He wasn’t rude, in fact, he served us well, but I think he just didn’t get it.  So in the end I though, nevermind. 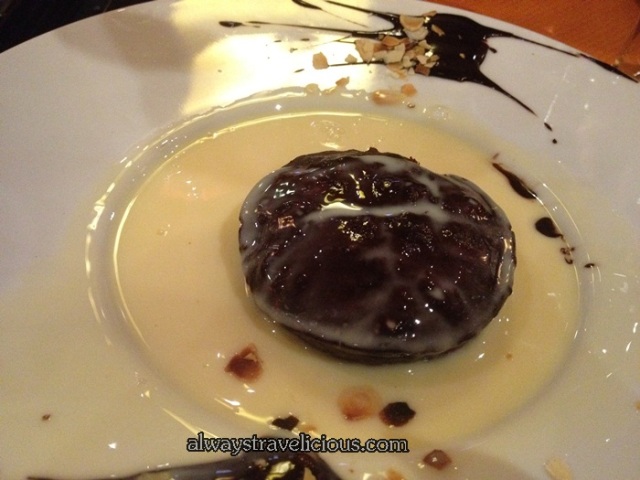 The french fries and the dessert were the most enjoyable part of our meal! I kinda liked the over-fried French fries.

I enjoyed the meals most of the time at Cafe Le Cercle Luxembourg.  Lovely interior, excellent for people watch, friendly waiter (he seemed to be running the whole show for the entire restaurant?), good service, fair pricing and good food, but only 80% of the time.

The biggest flaw was that the food was inconsistent.  The foie gras was either presented differently, seasoned differently or tasted differently.  The French onion soup was fabulous on the first night, but miserable on the second night.  I couldn’t figure out why did the chef even allowed that bowl of soup to be taken out of the kitchen and served.  I wasn’t expecting McDonald-style standardization, but I do look for consistency.  After all, people return to  eat at the same restaurant because of consistency, knowing what to expect.

But anyhow, I would still recommend Cafe Le Cercle Luxembourg because most of the other meals we ate were good – the chicken pizza, nicoise salad, smoked salmon salad and mussels in white wine, despite the hiccups in the foie gras and onion soup.